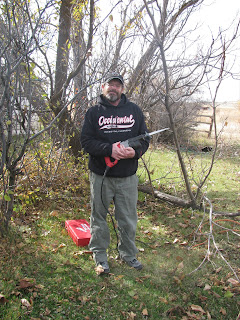 As I mentioned last weekend, Sandra Leigh of Amazing Voyages of the Turtle was kind enough to send a “From Me to You” bouquet to my poetry blog, The Days of Wine & Roses. The bouquet actually came with the instructions to list seven things about yourself, but since The Days of Wine & Roses is “all poetry, all the time,” that didn’t really fit. However, this week Kat Mortenson of Poetikat’s Invisible Keepsakes (& other fine blogs!) also said she’d like me to do this meme.

OK—here are some facts, & hope I haven't mentioned too many of them before! But before we start, I would like to remind everyone that Sunday is posting day on The Days of Wine & Roses, so you can drop by there too as time permits today or in the next several for another poetic production!

1. The majority of my San Francisco poems were written with music playing in the background; lots of Dylan, Tom Waits, Patti Smith, the Mekons, the Minutemen, as well as Hank Williams, Lightnin' Hopkins et al. This hasn't been true of poems I've written in the past few years—see item 2.

2. Although music is a huge part of Eberle's life & my life, neither of us listen to recorded music much in a recreational way. We both will listen to music in the car—especially yours truly—& we both listen to music either to get ideas or learn songs, but that's about it.

3. I've taken two cross U.S. bus trips: one from Sacramento, California to Charlottesville, Virginia (1988) & one from Boise, Idaho to Crystal River, Florida (I think this was 2004). The first one was a lot easier on me than the second; the food stops on the bus lines now are all fast food, & sleeping in buses is not what it used to be! I've also driven coast-to-coast twice, both times from Virginia to California; & I'm planning a cross-country road trip for this coming spring—Idaho to Massachusetts, with stops in Ohio & New York City! I dream about taking Amtrak to the Mississippi Delta region, but that's not in the cards at present.

5. When I was younger I had a secret wish to learn the trombone. Jack Teagraden was my hero! I did play sousaphone & alto sax while in High School, but must admit I didn't show great promise in the realm of brass & woodwinds.

6. I’m not too keen on eating fish—because my father was such an ardent fisherman, my sister & I ate a lot of it growing up, & she’s even less keen on it than me. I do sometimes enjoy it when I’m near the seashore, & I do like shellfish.

7. Eberle & I built our own woodshed from the ground up—now that we no longer heat with wood, it serves as a nice-sized storage shed, & also holds hay for our llama & alpaca. I did quite a bit of woodworking & carpentry around the ranchette for the first several years I lived in Idaho, & am looking forward to doing a bit more as I build some tables for the model train.

As far as the pic goes: Eberle took it several weeks ago. Let me tell you, that Sawzall is a lot more “broken in” than it looks in the pic. It’s taken part in any number of projects over the last dozen or so years, from demolishing large outbuildings (in preparation for our new house) to limbing trees & lopping off Christmas tree trunks.

No post tomorrow; Eberle & I are simply too busy with the Christmas show (performances tonight & tomorrow); in fact, with the snowy weather we're getting, we may be staying in McCall (where the performances are, but with no computer access, or very little) all day today, & possibly tomorrow too. But I will post a Holiday Tune later this week, probably on Friday.