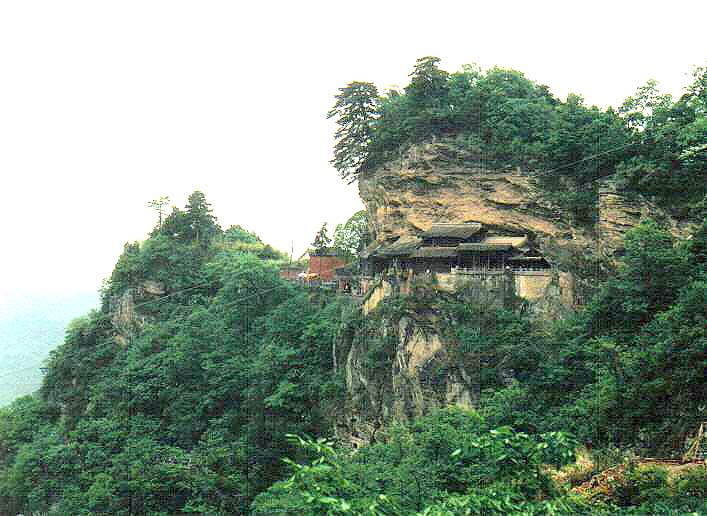 Looked at, it’s not seen & is named formless;
Listened to, it’s not heard & is named beyond speech;
Seized, it’s not grasped & is named abstruse.
These three qualities aren’t possible to investigate, so we mix them together to create the One.
Above it there’s no light & below it there’s no darkness.
Beyond measure, it has no name, & it returns again & again to nothingness.
It is named form without form, image without image, indistinct & dim.
Meeting it, there is no front; following it, there is no rear.
Follow the ancient Way & you can master the present.
To know the ancient beginning is to pick up the thread of the Way.

Image links to its source on Wiki Commons:
Wu Tang Cliffside Temple
Date    photo taken 1994 by Wiki User Fire Star [empty link on Wiki Commons].
This work has been released into the public domain by its author, Fire Star at the English Wikipedia project. This applies worldwide.