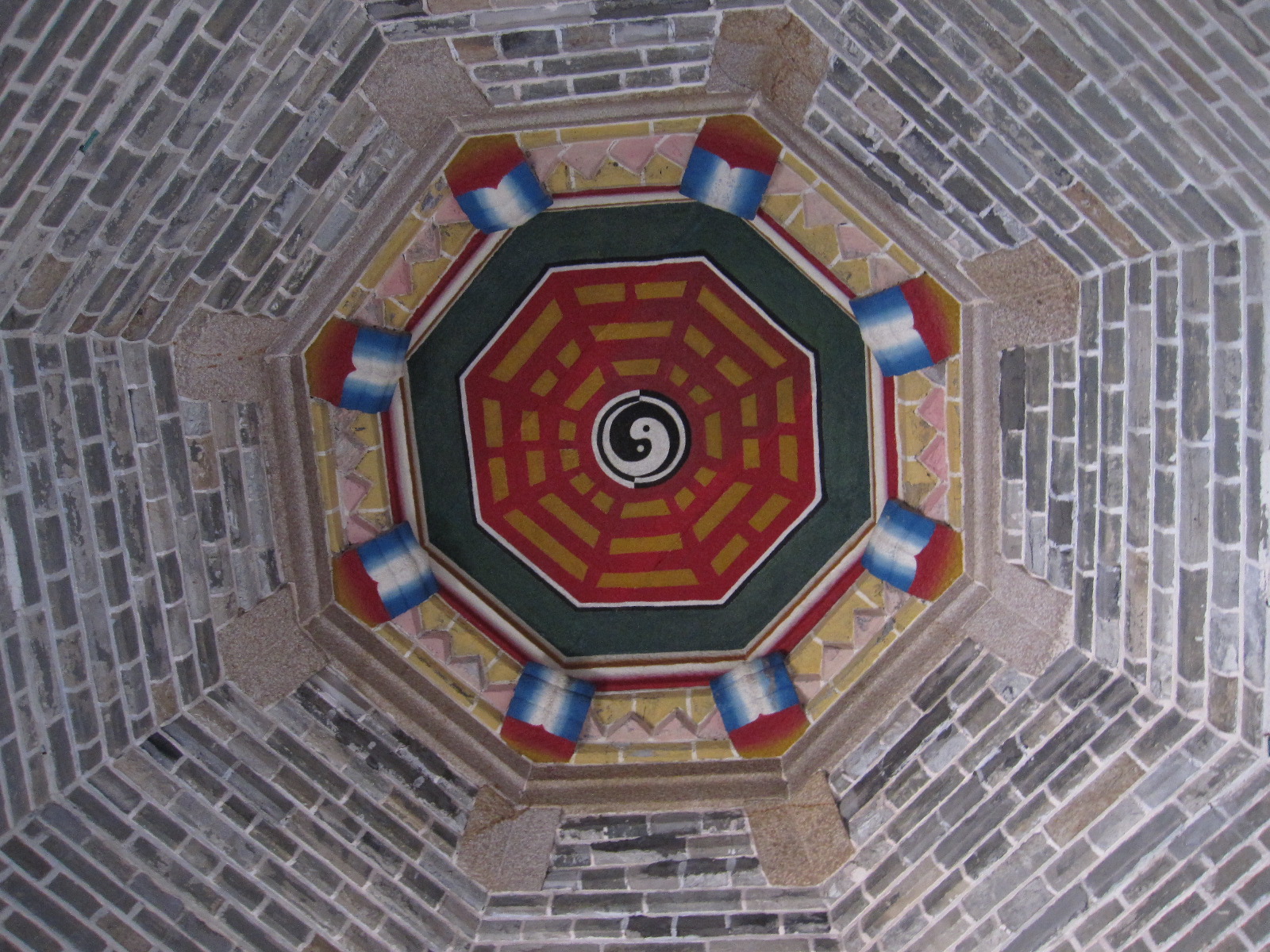 The Way is a vessel poured out, used but not filled.
It is an Abyss, as if the ancestor of the ten thousand things!
It blunts the sharp edge,
It unties what is tangled,
It tempers bright light,
It settles the dust.
So deep! As though it only seems to have existence.
I do not know whose son it is,
An emblem of what existed before God.

Image links to its source on Wiki Commons:
This is a photo of a (or part of a) Major National Historical and Cultural Site in China identified by the ID CNGD-754-055; described on Wikipedia as “A zaojing depicting a taijitu surrounded by the bagua.”
Photo by Wiki Commons user Kunwi (link to user’s page is dead), who makes the image available under the Creative Commons Attribution-Share Alike 3.0 Unported license.