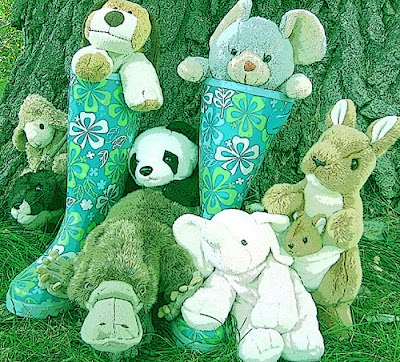 The truth is that if Platypuss hadn’t arrived in Big Bed Land, these communications with the outside world would not be taking place. Although the animals who began making their home with me many years ago have developed a sophisticated communications system among themselves, they never seemed to consider a dialogue with the general public as a possibility- or even as a hobby. But it’s turning out that Platypuss has an unusual approach to many things. 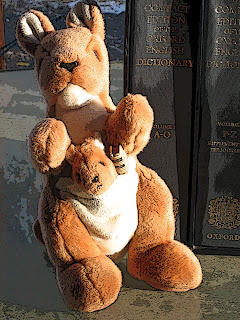 First of all, Platypuss is the only animal who arrived in Big Bed Land via the internet. That might be why she has the abilities that she does. (POCKETNOTE from BINK: You will no doubt notice that in Big Bed Land, some animals are called “she” at certain times and “he” at other times. This is probably too complex for anyone to understand fully. Suffice it to say that some animals are usually “she” but sometimes “he,” some are both pretty much equally “she” and “he,” some are always “he,” some are always “she,” and some are either sometimes or always or usually neither. There are many of these interesting difficulties in translating how animals talk—I am making a study of these in my Dictionary- the dictionary is called “Bink’s Dictionary” for this reason.)

The very first animal, Chinabeary, came from the land that was later discovered by the Mouse Fairies (you will be meeting these delightful and mysterious creatures on Platypuss-in-Boots as well.) The next generation came from a town in Bolivia called Tarija: Beatrice, Lucy, Old Bones and Roxy Mouse (who is very good at building things like underwater roller-coasters.) They’re called the Old Ones and were later joined by Sparky and Bear from Ancient Vermont. After that, there are so many animals that it’s better to keep track of them in any way you want—in many different ways rather than in just one way. You get more history that way if you like history, and if you don’t like history, you can ignore it altogether without missing anything. 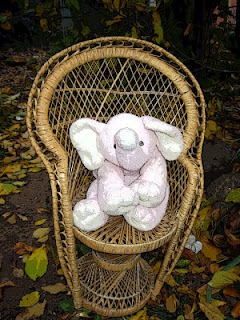 The other animals came from stores in towns, gas stations, and an airport. Three are orphans. I mention this because the animals, after arriving in Big Bed Land, tend to forget where they came from. They get occasional flashes—Lefty will fall over laughing, suddenly, remembering a night of wild antics in Rite-Aid. Bit by bit, however, it becomes a mystery to them, the way our births become a mystery to us. That’s why I wanted to introduce them before handing the blog over to Platypuss. As scribe, he has the ability to type the words of the animals onto the internet. So from now on you’ll be hearing from Platypuss.

YOUR HOSTESS wants you to know that Platypuss will be posting every other Friday M.T. (Monster Time.) Check back in to hear the adventures of Goat and the plague of Lady Bugs! That’s what Platypuss has scheduled. Hope to see you here!

POCKETNOTE from BINK: It is seriously important that you achieve a clear understanding of the following: in Big Bed Land, all animals (loosely referred to as “stuffed animals” by some) are known as “animals.” Humans, cats, cows, dogs, etc. are all called “monsters.” It is a term of affection.