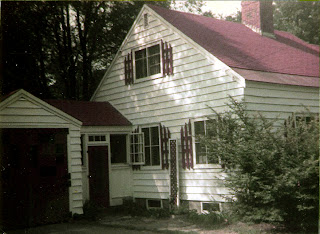 [Apologies to those who've seen this earlier on The Spring Ghazals blog—it is a double posting]
I'm so happy to announce another wonderful review of The Spring Ghazals, this time by writer Jacqueline T. Lynch on her New England Travels blog.  You can read Ms. Lynch's review here.
Jacqueline T. Lynch is a prolific blogger & writer in her own right.  She writes Another Old Movie Blog, which is a litertate & incisive look at classic film; Tragedy & Comedy in New England, her look at regional theater; & New England Travels, her virtual tour thru her native New England—a region I'm also from, & which is of course depicted in several poems in The Spring Ghazals.
In addition to her blogging activities, Jacqueline T. Lynch has published articles and short fiction in regional and national publications, including the anthology “60 Seconds to Shine: 161 Monologues from Literature” (Smith & Kraus, 2007),  North & South, Civil War Magazine, History Magazine & several plays with Eldridge Publishing, Brooklyn Publishers, & Dramatic Publishing Company, one of which has been translated into Dutch & produced in the Netherlands.    Her novel Meet Me in Nuthatch is now available as an ebook through Amazon.com & Smashwords, & her recent short story Interfacing is also available as a Smashwords selection here.
If you'd like to learn more about this talented writer, please check Robert Frost's Banjo on Thursday, as Ms Lynch will be participating in the Writers Talk interview series!
Finally, many thanks to Jacqueline, with whom I've had a long-standing cyber-friendship that actually went "3-D" when we were able to meet last March during a cross-country trip I took back east.  I so appreciate her support, as well as support from so many other friends from blogs & Twitter & Facebook.
& remember: you can still purchase The Spring Ghazals on Lulu for 15% off thru November 15th by entering the code LEAF305 at check-out!
Pic shows the Vermont house where I grew up
Posted by Unknown at 4:30 PM