Do the Dead Know What Time It Is? 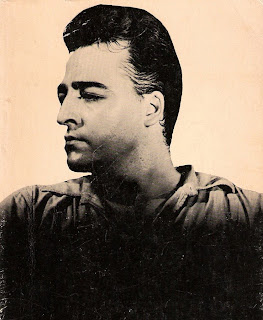 Today’s offering is a poem, & quite a departure from the first one we posted (by Frost, of course). This one’s by a poet I’ve long admired, Kenneth Patchen. For those of you who don’t know—& Patchen is woefully under-taught, under-read, & as a result, under-rated among American poets— Patchen wrote from the mid 1930’s to the very early 70’s (he died in 1972—was born in 1911). Patchen has been described as a surrealist, a marxist, a proto-beat poet, a jazz poet (he did readings with Charles Mingus’ combo in the 50’s), & also experimented with “picture” poems. All of these characterizations sum up a part of his work, but what strikes me always about Patchen is how directly emotional his poems are, even right off the page—something that’s a lot easier to convey in singing a song than in the printed word. The poem, “Do the Dead Know What Time It Is?” was published in his First Will & Testament (1939). Enjoy!

Do the Dead Know what Time It Is?

The old guy put down his beer.
Son, he said,
(and a girl came over to the table where we were:
asked us by Jack Christ to buy her a drink.)
Son, I am going to tell you something
The like of which nobody was ever told.
(and the girl said, I've got nothing on tonight;
how about you and me going to your place?)
I am going to tell you the story of my mother's
Meeting with God.
(and I whispered to the girl: I don't have a room,
but maybe...)
She walked up to where the top of the world is
And He came right up to her and said
So at last you've come home.
(but maybe what?
I thought I'd like to stay here and talk to you.)
My mother started to cry and God
Put His arms around her.
(about what?
Oh, just talk...we'll find something.)
She said it was like a fog coming over her face
And light was everywhere and a soft voice saying
You can stop crying now.
(what can we talk about that will take all night?
and I said that I didn't know.)
You can stop crying now.