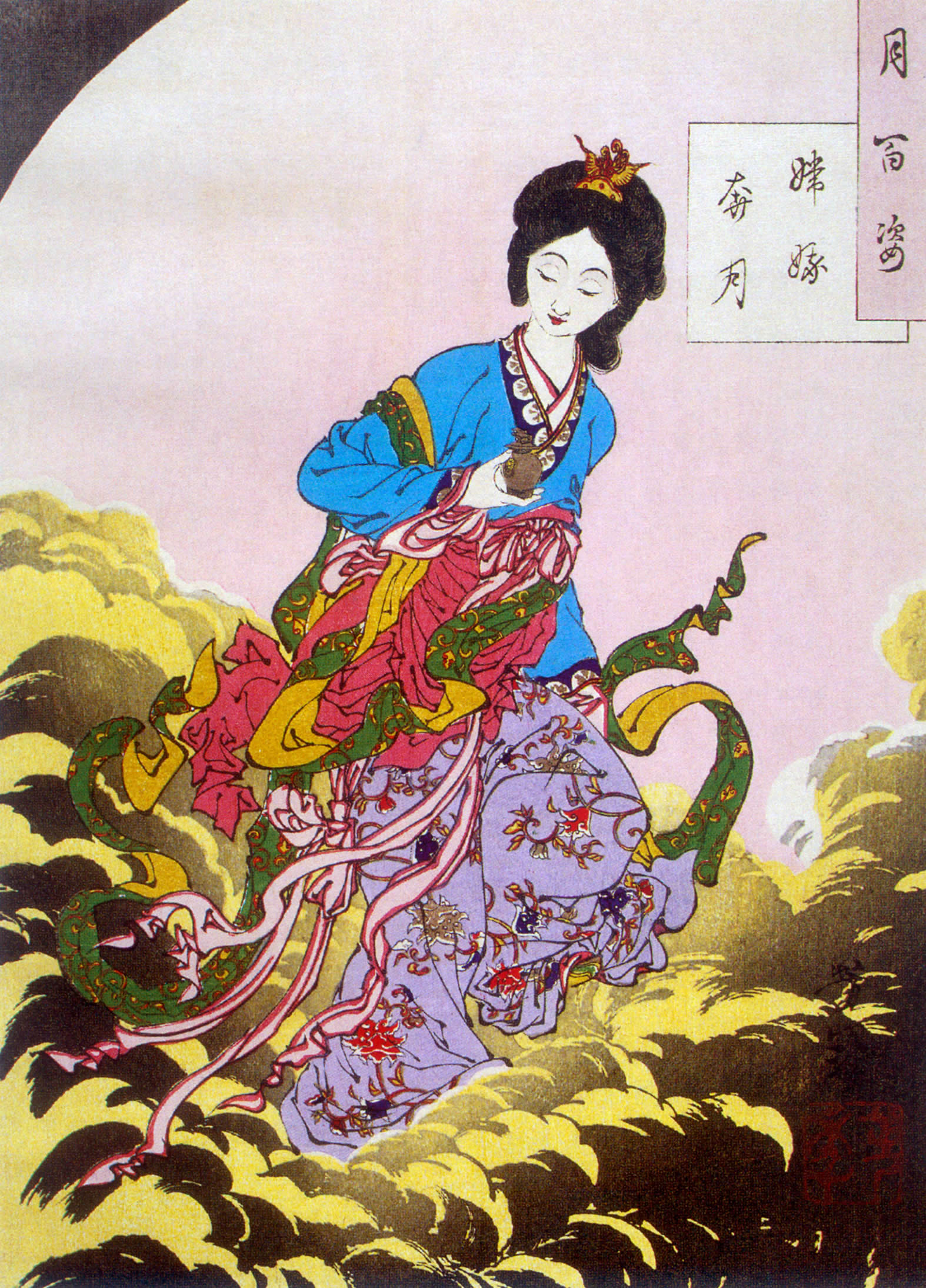 Chang’e must regret stealing the elixir of life:
blue of sea, blue of sky, her dark heart, night after night

insects hidden under grass, frost atop the leaves;
a vermilion balcony presses against the bright lake—

the Rabbit chilled, the Toad cold, the Cassia blossoms white:
this night must be gut-wrenching for Chang’e

Blue Maiden and White Lady both can endure cold;
in the moon, within frost, they compete in beauty

based on Li Shangyin:  霜月
shuāng yuè
Notes:
This set of translations would be more appropriate for the Mid Autumn Festival, Zhōngqiū Jié, which is the full moon closest to the Autumn Equinox. But rather wait until next September, I’m posting them now.

We have no way of knowing whether Li Shangyin intended these poems as a complementary set or as distinct & individual compositions. James JY Liu in his seminal work on the poet, The Poetry of Li Shang-yin: Ninth-Century Baroque Chinese Poet, does place the poems together & discuss them as a group. Poet David Young also places the poems together under the title “Three for the Goddess of the Moon” in his Five T'ang Poets. Since Young is a poet & not a Sinologist, I assume in grouping the poems together he is following Liu either directly or at second or third hand.

For more information on the Chang’e myth, see the Wikipedia page. Briefly, Chang’e stole the elixir of immortality & flew to the moon, where she lives with a rabbit (or hare) who pounds herbs into the elixir of immortality with a mortar & pestle & a three-legged toad. There is also a cassia tree on the moon in this myth. Chang’e is the “White Lady” mentioned in the third poem (素娥, sù é), while the Blue Maiden (青女, qīng nŭ) is Qing Nu, the Goddess of Frost & Winter.

As is the case with almost all the Chinese translations, grateful acknowledgment is due to Sheila Graham-Smith, who did a marvelous job of elucidating the first line of the first poem.